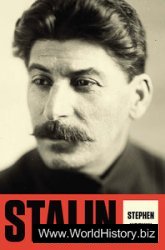 Author: Stephen Kotkin
Stalin: Volume I: Paradoxes of Power, 1878-1928
Penguin Press
ISBN: 1594203792
2014
Format: EPUB
Size: 23,2 МБ
Language: English
Pages: 976
I'm a big World War II buff, and in addition to all of the books I own about the battles, campaigns, weaponry, and general histories of the war, I also own many biographies and autobiographies of people, both famous and unknown, from the era. However, one thing I lacked was a good biography of Stalin. I have a few, but they were written before the Iron Curtain had fallen, and primarily used "western" rather than Soviet sources. Now, with this book "Stalin: Volume I: Paradoxes of Power, 1878-1928", I finally have a good one. Or should I say, one-third of a good one, as this is the first part of a three part biography.
At over 900 pages, over 600 are devoted to the biography, 100 to the lengthy bibliography, and 200 to notes pages, so you won't be reading this in one sitting. For this account of Stalin, the author opens the aperture quite widely, covering Stalin's life to 1928 (while dispelling quite a few myths) and placing Stalin's life in context the situation around the world as it affected Russia, as well as his efforts to help overthrow the Russian Imperial regime and his political maneuvers within the communist party.