Frederick the Great - A Life in Deed and Letters 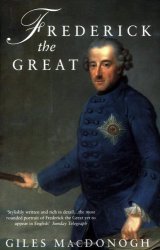 Free thinker, Misanthrope, poet, philosopher, lawmaker, and soldier, Frederick the Great was a contradictory, almost unfathomable, man. His conquests made him one of the most formidable and feared leaders of his era. But the king's other—often ignored— accomplishments rank him among the ablest statesmen in modern European history. A patron of artists and intellectuals, Frederick re-created Berlin as one of the continent's great capital cities, reformed Prussia's legal system, and strove to match his state's reputation for military ferocity with one for cultural achievement.