Armor of Freedom: The U.S. Military Support to Yugoslavia in the 1950’s 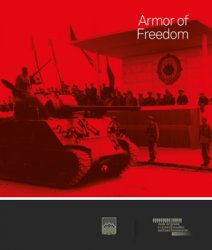 As a post-WWII communist country, Yugoslavia became economically and politically dependent on the Soviet Union. Through careful diplomacy, the Yugoslav government showed the intention of forming a firm alliance with the western democracies and even of joining NATO. By sending military help to Yugoslavia, the USA wanted to protect it from any military actions from the East and also, indirectly, to protect Italy and the Mediterranean...