Desert Storm: The War in the Persian Gulf 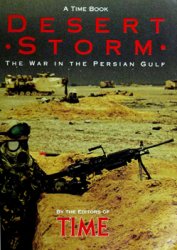 Tells the story of the war in the Persian Gulf from Saddam Hussein's first strike into Kuwait to the collapse and flight of his defeated army. The book is based on files from more than a dozen "Time" correspondents who covered the war, both in the Persian Gulf and allied capitals. "Time's" diplomatic correspondent, Christopher Ogden, provides a narrative on how President Bush reached his decision to go to war. Accounts of the air war and the land invasion are by former world editor, John Elson and Nation senior writer, Ed Magnuson.