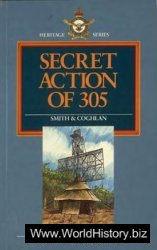 This is an account of the life of a small Royal Australian Air Force radar unit in the islands of New Guinea during World War II. Told in a simple manner by two members of the unit, it follows their experiences in those uncertain days of Australia’s darkest time. While not as glamorous as the fly-boys these radar operators often faced equal dangers and deprivations as they operated on the front-line of the Pacific war. Their insights are honest and amusing.