From Verdun to the Somme

Opposite top: In the


Below: General Haig, General Joffre and Prime Minister Lloyd George debate the slaughter of Verdun and the Somme. 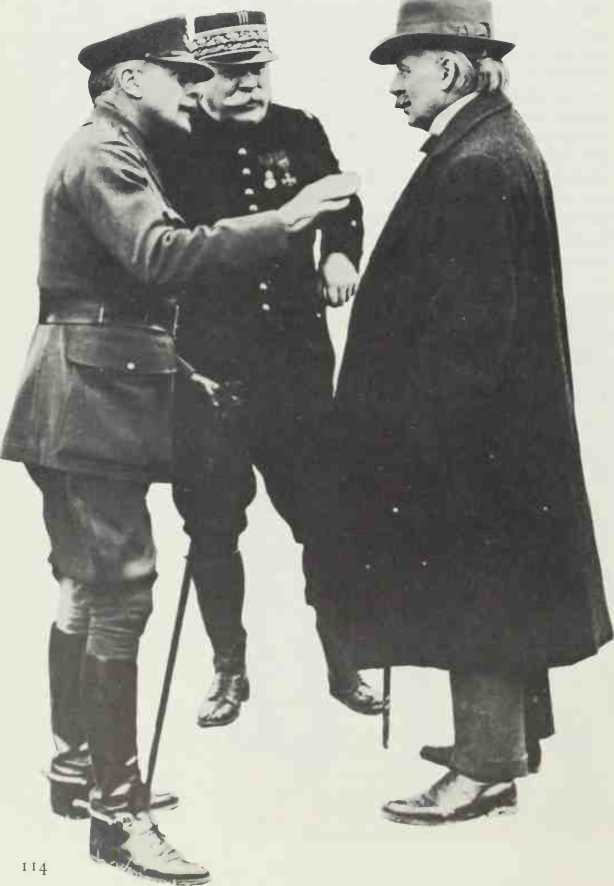 With the opening of 1916, the Great War had crystallized. W'ith a kind of dull fatalism and dawning realization, the nations pondered on the destruction in lives and materials that was to leave the world, and especially Europe, changed forever. All the belligerents were drawing on their last reserves of men and goods. Their financial resources were for the most part meagre or nonexistent. In the latter case, the nations went up to the hilt into debt, struggling to achieve that overwhelming victory which had as yet eluded them.

Yet still the fundamental question remained unsolved: how was a breakthrough in the west to be achieved? Almost everyone was more than ever convinced that the war would be won or lost only on the western front. The alternatives were uninviting. For the Central Powers the eastern campaigns of 1915 had been brilliantly successful, though, like a mirage, decisiv'e victory had shimmered away from them into the vastness of the Russian hinterland. The Russians had, nevertheless, reeled back, and the Germans could afford to concentrate westward sufficient forces possibly to extort a decision in France. For the Allies, 1915 had brought the Dardanelles fiasco, and no great victory anywhere else in compensation. Furthermore, prevailing opinion was that no very suitable back door to the west was to be found in theatres such as Italy, Macedonia or the Baltic. Most important of all, neither side dared risk denuding the western front of troops to win a victory, however great, elsewhere, lest the opponent take advantage of the situation to press home a decisive thrust in France or Flanders. Fearing that the other side would take the initiative, each set of belligerents concluded that an attack was imperative. In the end, the Germans got in their blow first. Falkenhayn for one had been spurred on by the thought that only an attack would delay the Anglo-French build-up of superiority in material.

Pondering on where to attack in the west, Falkenhayn was impressed with what he saw as ‘the ever-dwindling power of resistance and the limited ability of the French people to hold out’. Falkenhayn surmised that if France fell, surely Russia would finally cav'e in and sue for peace. Then England would be left alone - and in all probability unable to continue the fight. (In these larger calculations, Italy and the smaller powers were largely discounted.)