In November 2002, Alan Shearer scored his 100th Premiership goal for his home city club, Newcastle United, and became the first player to achieve this landmark at two clubs, the other being Blackburn Rovers. No wonder that after the 2002-3 season, he was named Player of the Decade - a sweet moment for a striker who had retired from international football after Euro 2000 to make way for younger blood, but can still produce magic in the box.

His career began as a teenager in 1988 with Southampton, who had been tipped off by a North East scout. Blackburn secured him in the summer of 1992 for a British record transfer of ?3.6 million, and Shearers deadly finishing helped the club to win the Championship three years later When Rovers signed Chris Sutton from NonA/ich, the celebrated "SAS partnership" began. He returned to Newcastle in 1996 for a ? 15 million fee, and scored both goals in Newcastle’s 2-2 draw with Inter Milan at the San Siro during their 2002-3 Champion' League run.

Shearer has not been lured back to the national side, but it was an illustrious international career He made a big impact in the Under-21 s, and on his senior debut - replacing Gary Lineker against France in February 1990 — he scored one and made one in a 2-0 win at Wembley. There is clearly more to come from Shearer but when he finally hangs up his boots, there are many on Tyneside who would be overjoyed to see him the next manager of Newcastle. 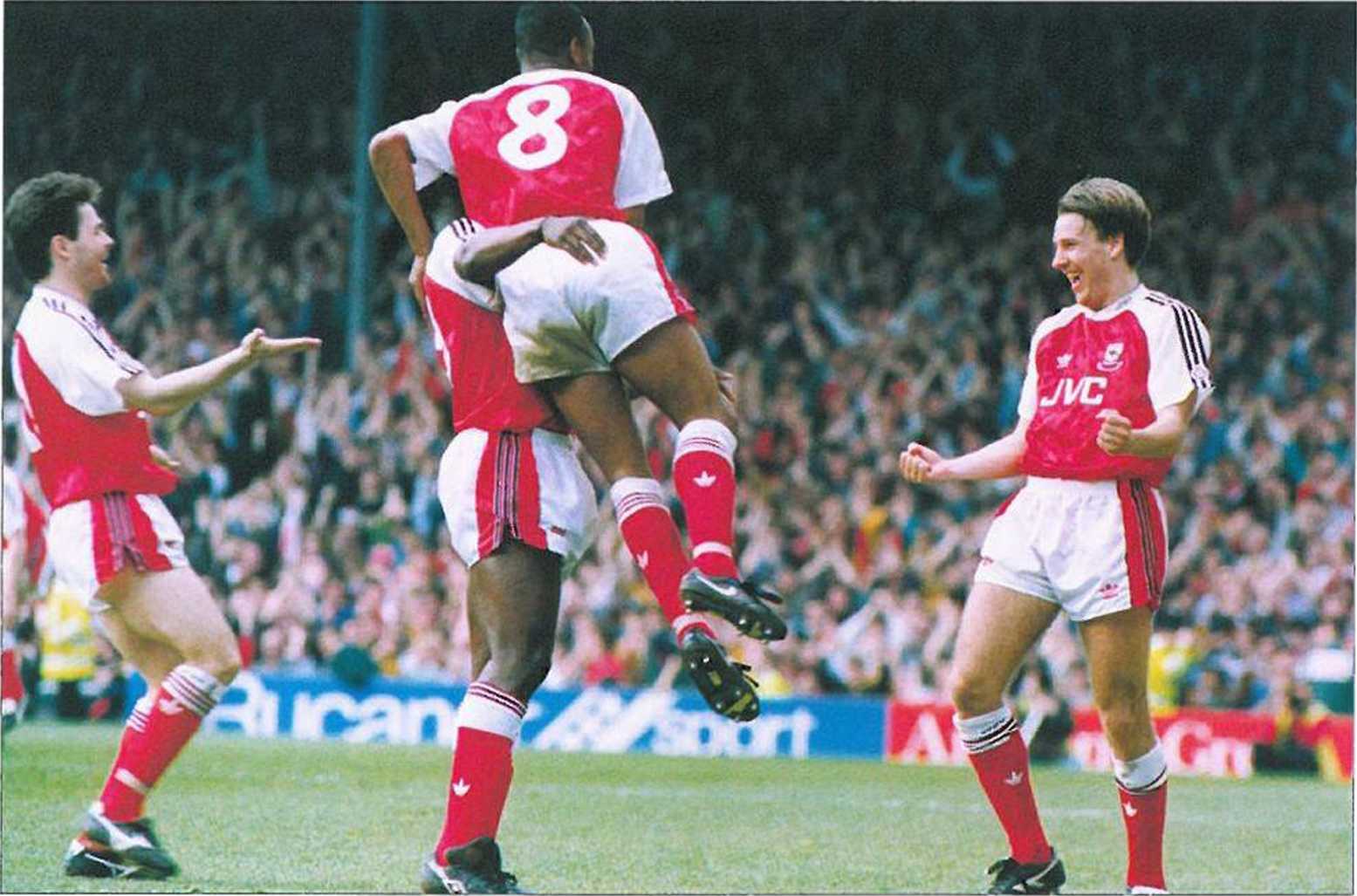 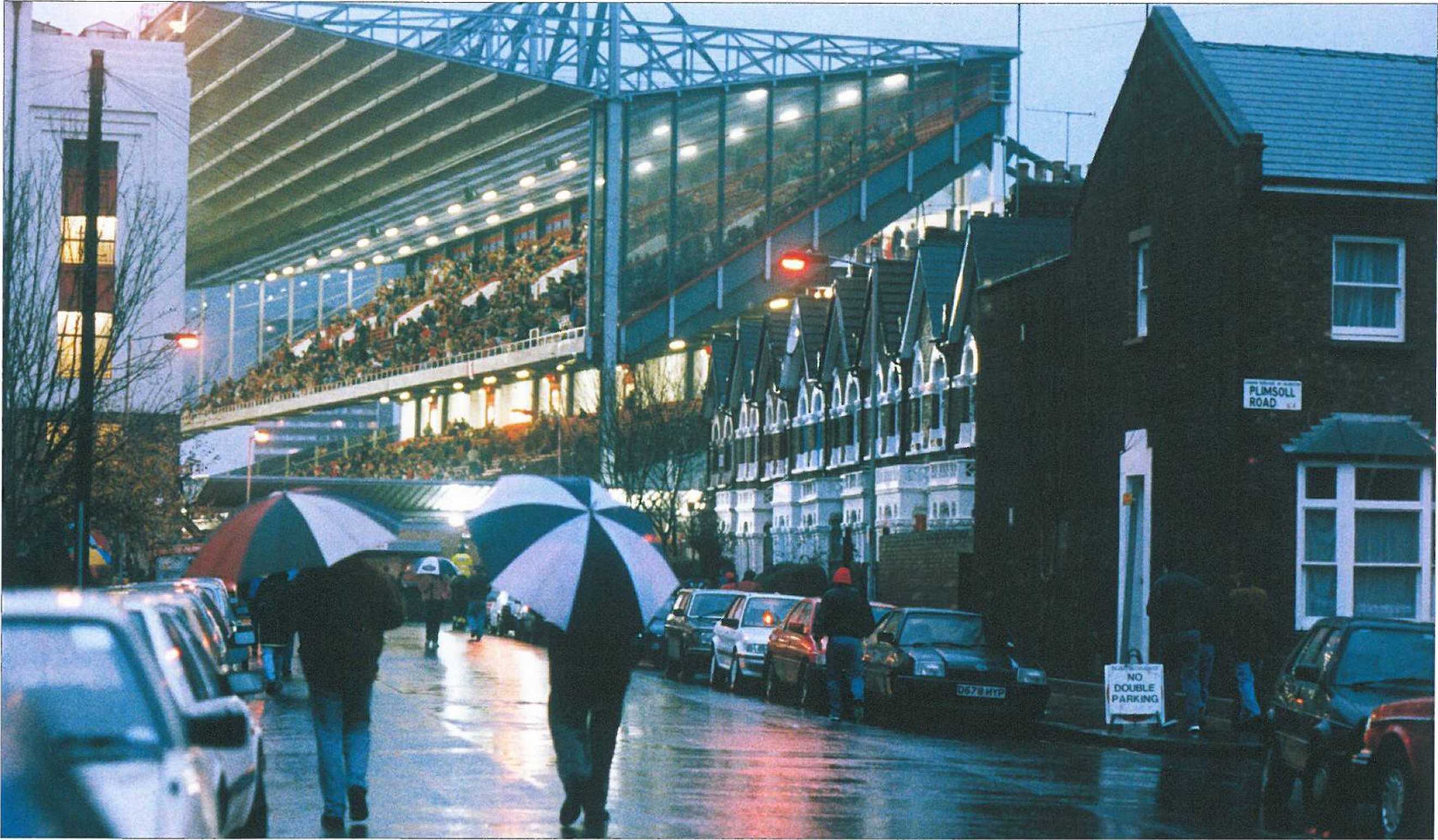 Lazio had already been chasing Gascoigne’s signature, and the deal was finally done in June 1992. It would be six years before Gazza would return to the domestic game. His time in Italy, and subsequently with Glasgow Rangers, would show him in every possible light; flashes of genius one minute, pressing the self-destruct button the next and evcrytliing done in his inimitably impish way. Injuries didn’t help, but for a player of his gifts there should have been a greater return than his 1992 FA Cup winners’ medal with Spurs. That would remain his only honour in the English game.

Top: The Arsenal faithful trudge through the rain on the way to the towering new stand at Highbury, in December 1993.

Above: Paul Merson (right) celebrating an Arsenal goal. The Gunners won the championship in the 1990-91 season by seven points. Liverpool were second and United a distant sixth.

Left:Alan Shearer tries an overhead kick in England's 3-0 victory over Portugal at Wembley.

Opposite above: Manchester United players following their championship in the 1993-94 season. It was the end of the first full season ot the club for Eric Cantona (third from the left).