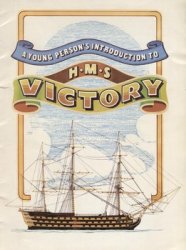 HMS Victory is a 104-gun first-rate ship of the line of the Royal Navy, ordered in 1758, laid down in 1759 and launched in 1765. She is best known as Lord Nelson's flagship at the Battle of Trafalgar in 1805. She was also Keppel's flagship at Ushant, Howe's flagship at Cape Spartel and Jervis's flagship at Cape St Vincent. After 1824, she served as a harbour ship. In 1922, she was moved to a dry dock at Portsmouth, England, and preserved as a museum ship. She is the flagship of the First Sea Lord since October 2012 and is the world's oldest naval ship still in commission.