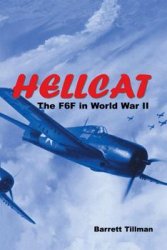 Largely responsible for crushing Japanese airpower wherever the American fast carrier force sailed, the Grumman F6F Hellcat was considered the most important Allied aircraft in the Pacific during 1943 and 1944. Designed for speed, range, and climb to compete with Japan's exceptional Mitsubishi A6M Zero, it succeeded not only in engaging the "Zeke" on equal terms but also in dictating the rules of combat. Fighters in every sense of the word, the Hellcats were credited with destroying more than five thousand Japanese aircraft, gaining outright air supremacy over the invasion beaches, and helping ensure Allied amphibious victories in the Central Pacific.