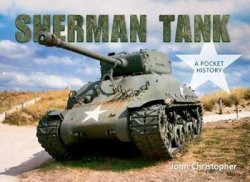 Once described as the worst tank that ever won the war , the Sherman tank was never going to be the equal of the German heavies in a direct tank-on-tank confrontation. It was never meant to be. What is was, though, was reliable, maneuverable and built in such prodigious quantities that it became ubiquitous. Sheer weight of numbers and interchangeability of parts was what made the Medium Tank M4, as the Sherman was officially designated, a war winner. Built in the States in car factories, railway works and new bespoke factories, the Sherman came in many variants, and was converted for other uses by the Allied forces. The Brits gave it a bigger gun, made funnies that could wade ditches, build bridges, even float in the sea and clear minefields.