The Great War and the Shaping of the 20th Century 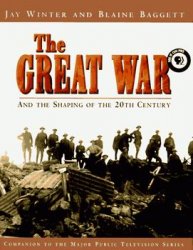 The World War of 1914-1918, the Great War, was the first of the man-made disasters of the twentieth century. In many ways it was without precedent. Never had the battlefield been so vast, whether in the trenches, in the sky, or on and in the seas. Never had a war reached so deeply into the lives of people so far away from the battlefield. The shock waves generated by this cataclysmic event are felt to this day, as this dramatic narrative makes vividly clear. Here is presented a history of world war in a new way. The military flow of the conflict - from the invasion of Belgium in the summer of 1914 to the collapse of Germany in the autumn of 1918 - is followed throughout.