The Russian Army and the First World War 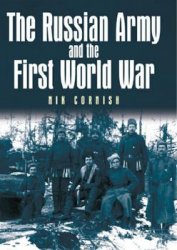 This book is a clear introduction to the Russian Army of 1914-18 and the events on the Eastern Front during that period. It covers not only the three dominant events of Western literature (the battle of Tannenberg and the March and November revolutions) but expands on the facts and bitter realities of the horrific warfare that challenged Russia and all the nations. It contains many previously unpublished photographs depicting the Russian Army of 1914-18. The author dispels some of the myths that have grown up around the army of the last Tsar, such as a lack of innovation and an inability to adapt to 'modern' warfare. It also shows there was more to the Eastern Front than Tannenberg and the revolutions of 1917. Covered in this book are areas glossed over by other writers such as the nationalist formations and the Revolutionary units of the Provisional Government. Two chapters describe the Romanian and Caucasian theatres in more depth than usual.