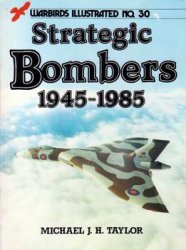 By the end of 1947, the race for strategic superiority between the USA and Soviet Union was under way, both nations possessing the ability to manufacture atomic weapons and both having capable bombers flying. Moreover, in that year Britain passed many examples of Rolls-Royce Nene and Derwent turbojet engines to the Soviet Union, so enabling that nation to study, develop and mass-produce modern powerplants for new fighters and tactical bombers without the need for years of research and development. In the field of rocketry, the Soviet Union was able to make considerable advances owing to the fact that the secret German ballistic missile establishment at Peenemiinde was captured by Soviet forces during the final stages of the war. The first pure jet bomber of US design was the Douglas XB-43, first flown in May 1946. This remained a prototype, and the later four-engined North American B-45 Tornado became the USAF's first jet bomber to see squadron service. However, unlike the later Boeing B-47 Stratojet, the Tornado was not strategically important. The Soviet Union's first operational jet bombers were the Tupolev Tu-12, Tu-14and Ilyushin 11-28, all non-strategic; Britain's contemporary was the English Electric Canberra. The development in Britain of no fewer than three types of four- jet aircraft in the 'V-bomber' series finally gave the Royal Air Force strategic jet bomber capability, by which time the USA and the Soviet Union possessed intercontinental strategic jet or turboprop capability by virtue of the formers huge Boeing B-52 Stratofortress and the latter's Tupolev Tu-95 and Myasishchev M-4.