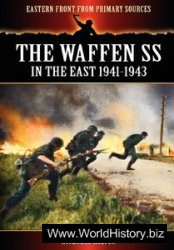 This is the illustrated history of the Waffen SS on the Eastern Front. The life and death of the Waffen SS can be traced in the surviving photographs, and the brooding saga of the decline from triumph into disaster is told through these powerful images which clearly document the reality of combat on the Russian Front. These rare images capture the optimism of opening stage of the war and the challenges of Barbarossa more clearly than words can ever tell. The seasons of mud and the white hell of a Russian winter are encapsulated in this excellent selection of evocative images introduced and described by historian and author Nicholas Milton. Essential reading for anyone with an interest in the course of the war in the East and the role played by the Waffen SS.