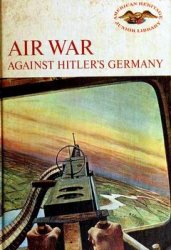 There were other air wars fought during World War II-by Britons against Germans, by Germans against Russians, by Americans against Japanese, among others-but none was more dramatic nor more savage than America's air war against Germany. The air war over Europe proved to the world that havoc from the skies could be even more earth-shaking than any man could have dreamed. When the war ended every major city in Germany was in ruins. Of that destruction, and the aircraft that caused it, a German writer admitted that his own nation, in taking up the sword to conquer the world, had "summoned up those bands of furies which raced across the German skies."