Tommy's War: The Western Front in Soldiers' Words and Photographs 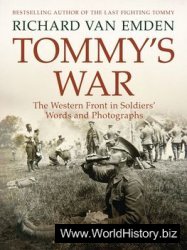 For the first time ever the soldiers' experiences of the First World War are recorded in their own words and pictures. Shortly after images of the famous Christmas Truce of 1914 found their way into national newspapers in Britain, the military authorities banned the private use of cameras on the Western Front. A considerable number of soldiers continued to use them illicitly to record life and death in the front line trenches. Including over 250 personal and unpublished photographs, this large-format book gives a new perspective on the war that was not captured by the official photographers who traversed the Western Front.