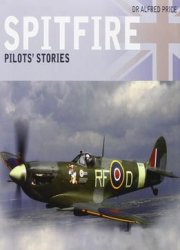 Author: Dr Alfred Price
Spitfire: Pilots' Stories
The History Press
ISBN: 0752467344
2012
Format: EPUB + PDF (conv)
Size: 3,9 МБ + 7,4 МБ
Language: English
Pages: 192
The adventures of 60 pilots and ground crewmen who flew or worked on the Spitfire during World War II. A narrative description and condensed history of the Spitfire's construction, combat career, and postwar service tell all there is to know about the finest fighter of World War II. When the book Spitfire at War first appeared in 1974, it enjoyed critical acclaim, for the aircraft had never been described in such terms and detail before. It was followed by a second volume in 1985 and a third volume in 1990. All three volumes sold well and are hailed as classic works on the subject. These important works have been out of print for more than a decade, thereby denying them to the current breed of aviation buffs. The time has come to reissue the three books as a single volume, the author "cherry-picking" the choice cuts to produce the finest title on the mighty and beloved Spitfire.