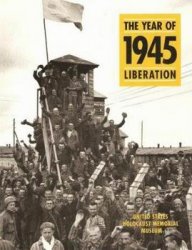 On January 17, 1945, after the last evening roll call, the SS commandant ordered the evacuation of the giant Auschwitz-Birkenau concentration camp complex. At that time, there were still about 65,000 prisoners in the camp complex, including the Auschwitz central camp, the Birkenau extermination camp, and the Monowitz (Buna) camp with its satellite labor camps. Throughout January 18, large columns of prisoners were marched toward the west, guarded by heavily armed SS troops.