The military requirements for what was officially known as ‘truck, 3/4 ton, general service, SAS, 4x4, Rover 11; FV18064’ - the legendary ‘Pink Panther’ - were drawn up by the SAS Regiment in 1964 and were derived from experience gained on operations with the Series I vehicles. What the SAS wanted had changed little since 1942... a reliable long-range patrol vehicle for deep penetration missions, usually behind enemy lines, often in desert conditions. ‘Long range’ meant that the vehicle had to be able to carry a three-man crew, along with weapons for attack and self-defence, plus radio communications equipment, and large quantities of fuel, water and other supplies.

During the early 1960s, the Regiment had produced, perhaps 27, prototypes on the Series II chassis in conjunction with the Royal Electrical & Mechanical Engineers (REME). Unfortunately, ex-works performance of the Series II was not able to provide the necessary reliability when fully loaded with weapons.

Ammunition, crew and supplies. It was decided that development of a more highly-modified vehicle be handed over to FVRDE and the Regiment supplied a list the equipment which it expected to be carried in the vehicle. FVRDE’s challenge was to develop a vehicle which could do this without being unduly heavy or without sacrificing strength in crucial areas. The existing vehicles were also made available for inspection together with a description of their shortcomings.

In December 1965, FVRDE issued a ‘statement of requirements’, which included 23

Production ‘Pink Panthers’ were based on the Series IIA chassis, with delivery of the first vehicle taking place in October 1968.

All were originally painted in the standard Deep Bronze Green. (PW) 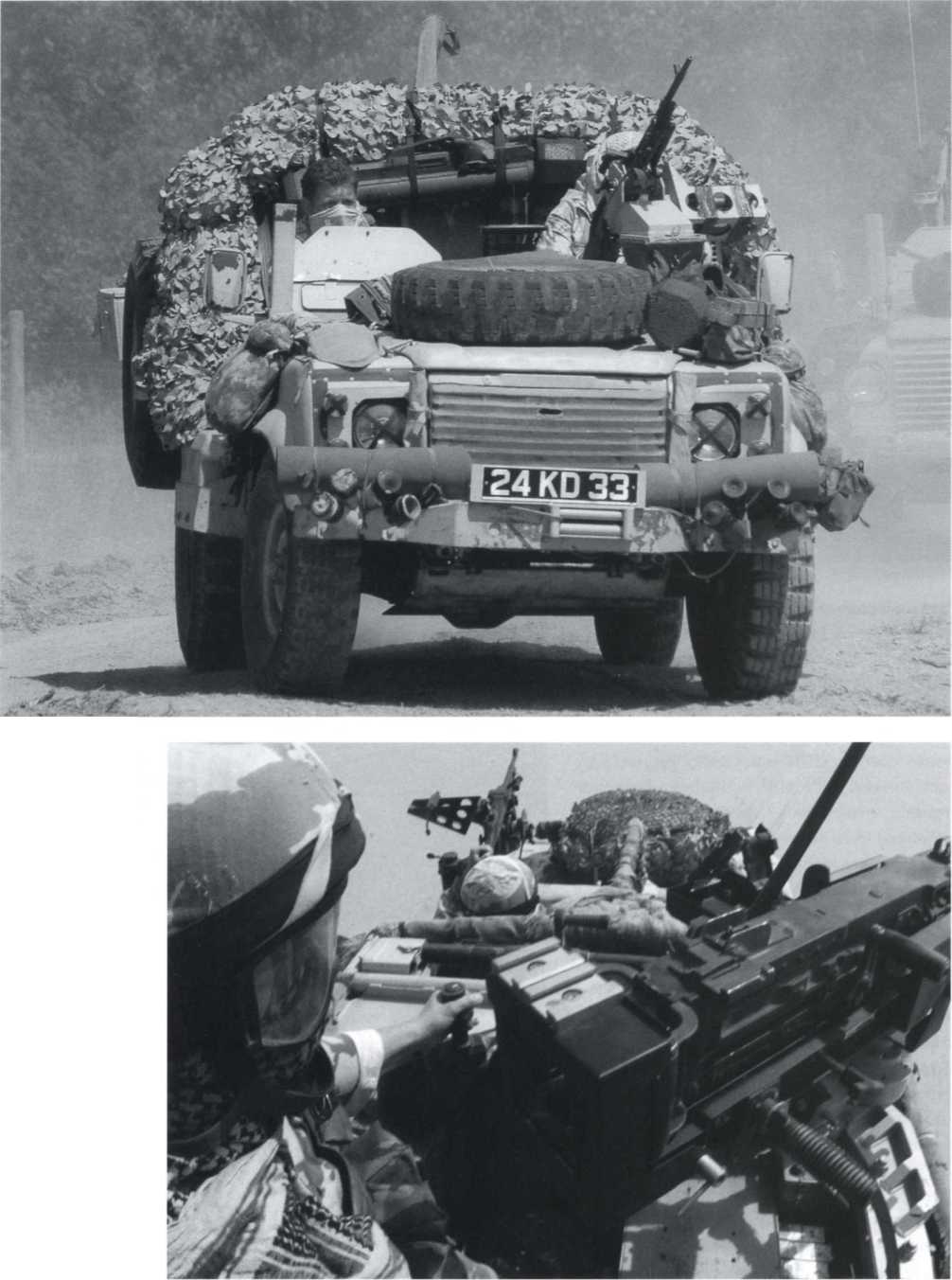 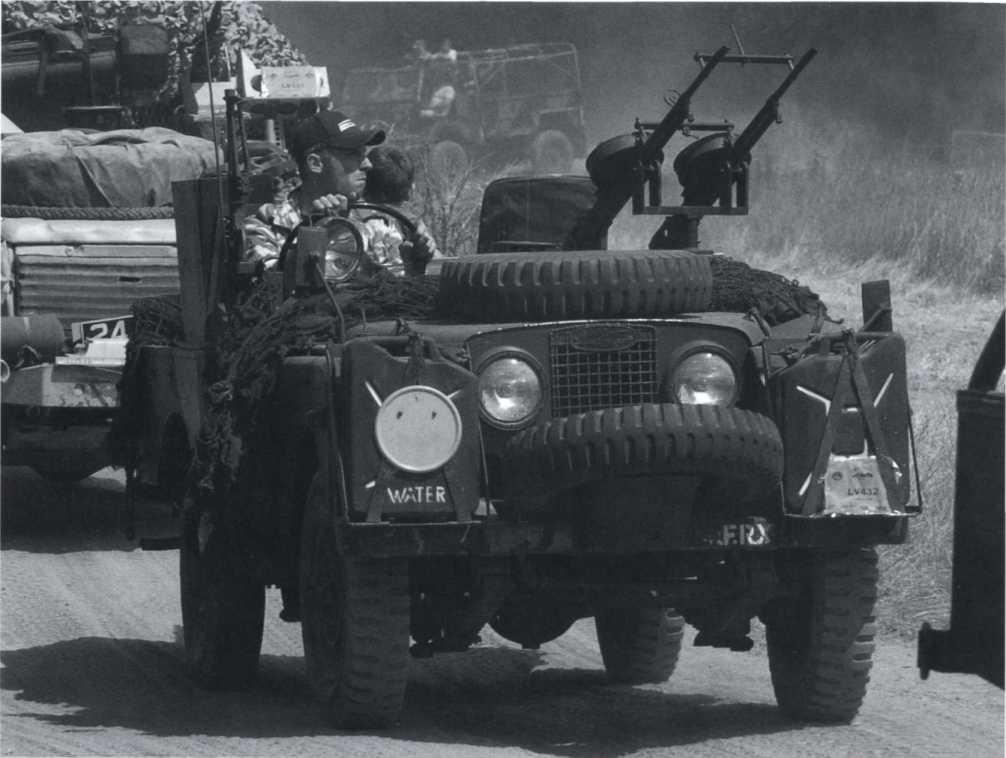 Above: Beautifully-restored Land Rover Series I as used by the SAS. (PR)


Modifications, mostly to the existing equipment and stowage facilities. Using a long-wheelbase Series II as a basis, FVRDE s engineers set to work to produce a prototype.

REME had already demonstrated that heavy-duty springs and shock absorbers together with one-piece wheels mounting 9.00x15 sand tyres could help to overcome failures in these areas as well as increasing mobility. These modifications were retained. The chassis was reinforced at critical stress points, and stone guards were welded to the differential housings. A hydraulic steering damper was fitted. There were two asbestos-wrapped 100 gallon (454.6 litre) long-range fuel tanks, which allowed the vehicles to achieve an average operating range of 1,500 miles (2,414km). Expansion tanks were also fitted which allowed for a 10% increase in volume.

No changes were made to the engine or transmission, and the vehicles retained the standard 12V electrical system, with a single battery. An auxiliary ‘ignition only’ switch was fitted which prevented accidental operation of lights during black-out driving. A black-out driving light was fitted on the right-hand front wing. Additional power-supply sockets were fitted to the rear bulkhead.

There were no doors, windscreen, or top, and a folding pannier was mounted at the rear. The passenger seat was fitted to a raised platform, and additional seats were mounted over the rear wheel arches. The spare wheel was moved to a near-horizontal position on the front bumper. 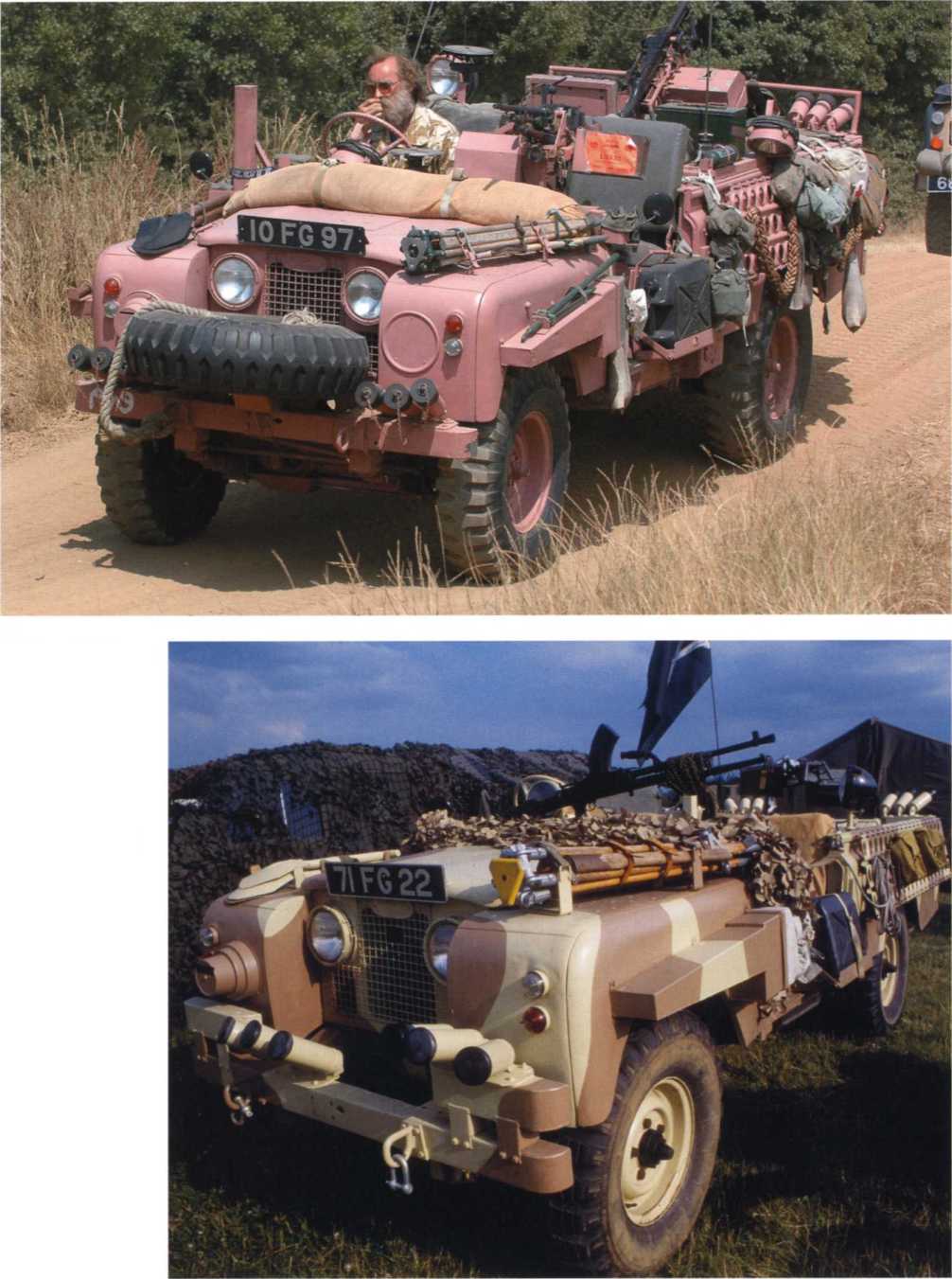 Although not necessarily pink in colour, all Marshalls of Cambridge built Series IIAto SAS specifications vehicles were known as ‘Pink Panthers’. Enthusiasts restoring such a vehicle can spend years locating the various items of on-board equipment. (PCltopIPRlrightD 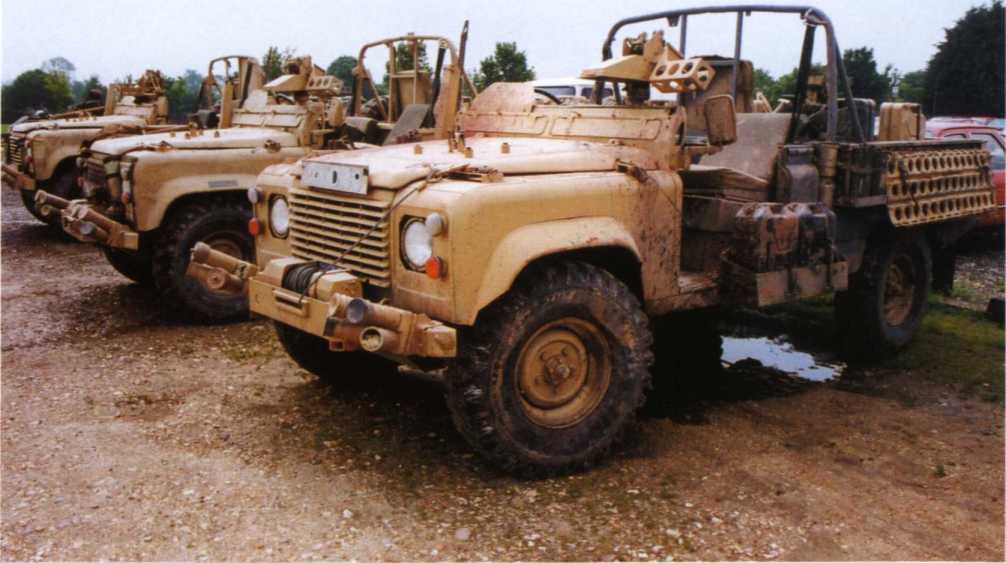 Above: Dating from the late 1980s. the SAS desert patrol vehicle was based on the Defender 110.

All were constructed by Marshalls of Cambridge. (TM)


Ammunition and grenade stowage facilities were placed between the front seats and on both sides of the rear compartment.

Other essential equipment included Larkspur A43 (ground-to-air) and A123 (morse) radios, sun compass, theodolite, and standard magnetic compass. A machete was stowed behind the rear seat, first-aid equipment, fire extinguishers and water container racks were carried inside the body. Sand channels and pioneer tools were carried externally.

By May 1967 the development work was complete and a final specification was prepared. Long-time defence contractor Marshalls of Cambridge was given the task of turning the ‘paper and prototype’ requirement into reality and constructing 72 production examples. The first vehicle, now based on the Series IIA 109in (2.77m) chassis, was ready for inspection in August 1968 and, on 2 October

1968,  the SAS took delivery of this first vehicle, with most of the remainder following during

A fully-loaded ‘Pink Panther’ weighed almost 1,0001b (454kg) more than the equivalent standard Rover 11 and while the chassis, suspension and axle housings appear to have been able to withstand this kind of loading, halfshaft failure was a regular fact of life; spare shafts were generally carried when the vehicles were in active service.

Half-shaft failures aside, the vehicles were considered to be reliable and more than capable of carrying out the task for which they had been constructed. The standard operating procedure was developed in Oman where the vehicles usually went out on patrol in threes - the lead and rear vehicles would be equipped for attack or reconnaissance, while the third would carry mechanical spares such as starter motors, generators, coils, etc. Operations were also carried out in Belize, Northern Ireland and Kenya.

Despite operational losses, most of the vehicles enjoyed an almost 20 year service life, finally being replaced by the Defender 110 based special operations vehicles during the early 1990s.

The distinctive pink colour was applied to the vehicles used in the Oman Dhofar operation.

Above: Easily identified by the distinctive square-tube brush guard, the special operations vehicle was orignally designed to provide the US Army Rangers with a rapid-reaction. air-portable all-terrain weapons platform. (TM) 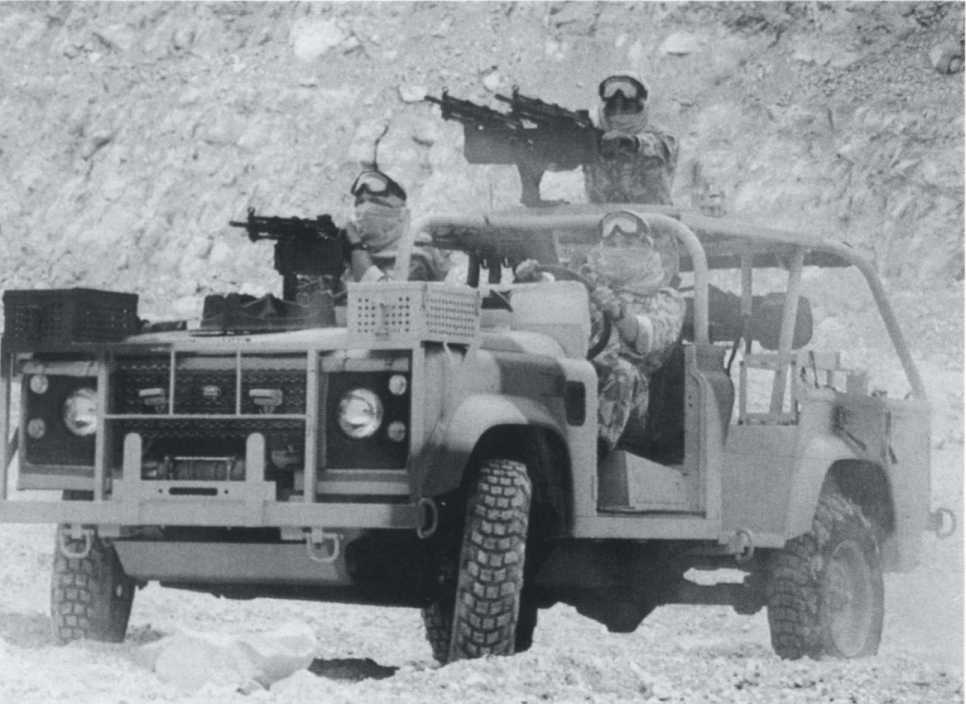 Being dubbed ‘Pink Panthers’ in tribute to the elusive jewel thief in the 1963 Peter Sellers film of that name. Whilst there are almost as many stories as to why pink was selected as a suitable camouflage as there were vehicles constructed, it is worth pointing out that not all ‘Pink Panthers’ were pink! All of the vehicles started life being painted in the standard military Deep Bronze Green and some probably stayed that way for their entire service life, while others were painted in standard olive drab with the familiar black ‘shadow’ camouflage.