The Arrow Scrapbook: Rebuilding a Dream and a Nation 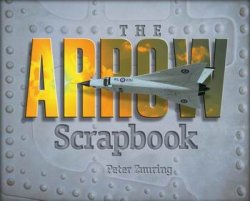 Through rare photographs and previously unpublished government documents, this scrapbook recreates a story that shook the aviation world and forever changed a nation. In the chill of the Cold War, the RCAF and aircraft giant A. V. Roe developed and built a new generation of jet fighter, one that could intercept Soviet bombers flying over the North Pole, a fighter that would stand as the first line of defense for North America. This important collection is vital to understanding the plan, the dream, the technological victories, and how it all went wrong. A must for aviation enthusiasts!