Operation Overflight: The U-2 Spy Pilot Tells His Story For the First Time 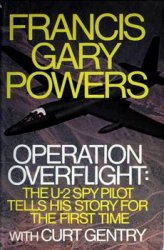 For the first time since his release from a Russian prison in 1962, pilot Francis Gary Powers reveals the full story of what actually happened behind the scenes in the most sensational espionage case in Cold War history: the U-2 incident, which wrecked a Summit Conference, gave birth to the credibility gap, and inaugurated a new era in the ancient art of spying.