The Archaeology of Airfields 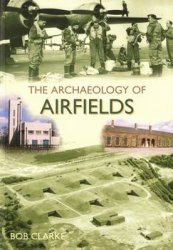 In the 1950s the British Government embarked on the ambitious project of building a countrywide air defence network - The ROTOR Project. Airfields were erected around the British Isles, both underground and open to the elements. Using his archaeologist's training, Bob Clarke has investigated the background of many of the UK's airfields and airfield structures, asking questions about why they were built in their often widely differing locations, and which criteria affected the decisions. He uncovers in the process the fascinating thought processes behind their construction and illustrates what they reveal about the concerns of their time. This book does not seek to cover every airfield in Britain, nor to tell the stories of the many squadrons involved. Rather, this is a history of Britain's airfields set against the country's varied landscape, examining both their make-up and the political background that saw them called into being.