Symon Petliura and the Jews. A Reappraisal 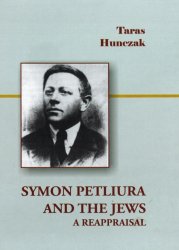 The book Symon Petliura and the Jews is based on the author’s article of the same title which originally appeared in 1969 in The Jewish Social Studies as well as his “Letter to the Editors” published in the above journal a year later. Both works deal with the years 1917-1921, a complex period in the history of Ukraine intertwined with confrontations between various ethnic groups particularly the Jews and the Ukrainians. As a result there emerged certain stereotypes which to this day remain as obstacles to the normal relations between the two nations.