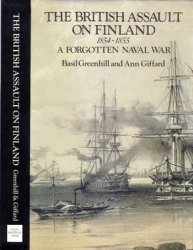 This book describes what at first sight seems an obscure campaign of the Royal Navy, but its significance has been greatly underestimated since it was the first time in history that a steam battlefleet went to war. It is carefully researched, using sources from all participants, and particularly sympathetic to the Finnish civilian population. One of the themes is that the British naval tradition of seaborne raids was in practice little distinguishable from wanton destruction and vandalism. The book explores the aspirations of, and constraints upon, the British and French navies in an era of technological change. The historical events are very much prone to influence from human imperfections.