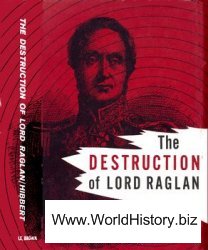 In March 1854, a British army of 30,000 men sailed for the Crimea to defend the crumbling Turkish empire from Russia. It was led by Lord Raglan, a veteran of Waterloo. The campaign quickly degenerated into a series of military disasters caused by incompetence at the highest level, bitter personal rivalries among the divisional commanders and inadequacies of transport, clothing and military and medical supplies. To enable to the British government to survive, Raglan was made the scapegoat. This text presents the story of the tragic campaign. As usual with Christopher Hibbert's books, excellent use is made of primary sources: the letters and writings of the actors themselves.