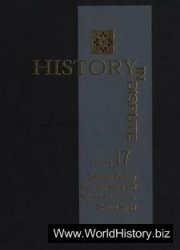 What caused the fall of the Roman empire? What did the second amendment to the U.S. constitution mean to the founding fathers? What was the role of black troops in the American Civil War?