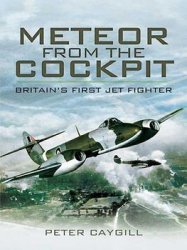 The Meteor is remembered as the first British jet fighter to enter squadron service and the only jet powered Allied fighter to see action in WW II. Subsequent development was limited as a result of its relatively conventional airframe although it did hold the world air speed record for a while. The Meteor was immensely strong and many pilots owe their lives to its rugged construction. For a whole generation of pilots the aircraft (the Meatbox as it was affectionately known) provided the ideal introduction to jet-powered flight. It did suffer a high accident rate but many of the losses were due to lack of knowledge of the stresses of high speed flight at low level and a misguided training program.