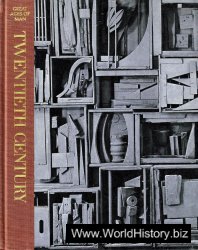 To become "a citizen of the world" has ever been one of the noblest dreams of man. But only in the 20th Century have the barriers preventing worldwide community been successfully bridged and the old ideal of a global fraternity become a practical possibility. Indeed the beams and girders of a new civilization, rising above the confines of nation and continent, are being set in place at this very moment. They constitute a peculiarly modern international culture, one that corresponds to none of the patterns that history has provided. The world culture of the 20th Century has at its center neither a Greek design nor a Roman ideal. It recalls neither Alexander the Great's vision of an oikumene (the whole inhabited world) that transcends boundaries by stressing the fundamental unity of mankind, nor the empire of Augustus that bound together varied peoples without inhibiting their rich variety. It is, rather, an internationalism based on the brash realities of technology, and one must wonder whether that is the stuff of which great civilizations are built.