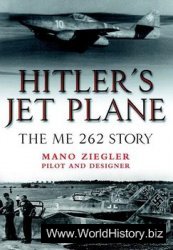 The first operational military jet in the world, towards the end of the Second World War the ME 262 was to be the German ‘miracle weapon’. Mano Ziegler was involved from its inception and contributed to the design, testing, and training and even served in it operationally.