A History of Iran: Empire of the Mind 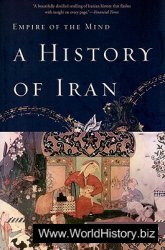 Although frequently vilified, Iran is a nation of great intellectual variety and depth, and one of the oldest continuing civilizations in the world. Its political impact has been tremendous, not only on its neighbors in the Middle East but also throughout the world. From the time of the prophet Zoroaster, to the powerful ancient Persian Empires, to the revolution of 1979, the hostage crisis, and the current standoff over Iran’s nuclear ambitions, Michael Axworthy vividly narrates the nation’s rich history. He explains clearly and carefully both the complex succession of dynasties that ruled ancient Iran and the surprising ethnic diversity of the modern country, held together by a common culture. With Iran again the focus of the world’s attention, A History of Iran is an essential guide to understanding this volatile nation.