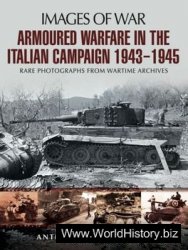 The Second World War campaigns in North Africa, on the Eastern Front and in northwest Europe were dominated by armored warfare, but the battles in Italy were not. The mountainous topography of the Italian peninsula ensured that it was foremost an infantry war, so it could be said that tanks played a supporting role. Yet, as Anthony Tucker-Jones demonstrates, in the battles fought from the Allied landings in Sicily in 1943 to the German surrender after the crossing of the Po in 1945, tanks, self-propelled guns and armored cars were essential elements in the operations of both sides.