Kettenhund!: The German Military Police in the Second World War 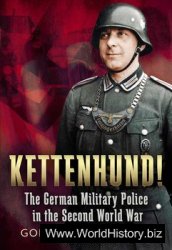 In almost every army in the world, the military police rank amongst those who are least liked by other soldiers despite the essential duties that they carry out, often being amongst the first in and last out in any theatre of war. In the German armed forces, opinions of the military police were those of fear and distrust, so great were the powers held by these troops. Germany created a plethora of different branches of what were termed 'Ordnungstruppe' ('Troops for Maintaining Order'). Many wore a distinctive metal plate around the neck, leading to their nickname 'Kettenhund' or 'Chain Dogs'.