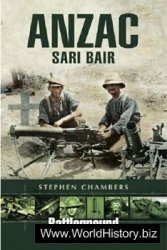 The August Offensive was born out of the failures of the Gallipoli landings and the subsequent battles of late spring and early summer 1915. General Sir Ian Hamilton, Commander-in-Chief of the Mediterranean Expeditionary Force, chose to play all his remaining cards in this daring and ingenious gamble that he hoped would finally turn the tide in the allies favor and bring his army up onto the heights overlooking the elusive Dardanelles.