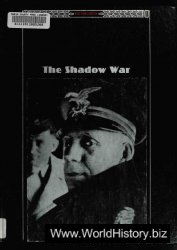 The Shadow war - 3rd Reich Series
Time-Life Books
Author:Time-Life Books
1991
Language:English
Format:pdf
Size:37,5 Mb
Although the history of German military spying extends back before the time of Frederick the Great in the eighteenth century, the agency Canaris was taking over was only fifteen years old. Its roots lay in the turbulent autumn days of 1918 when the provisional Reichswehr, the Weimar's defense force, and the Freikorps, volunteer paramilitary units that sprang up following Germany's defeat in World War I, responded to the disorder by purging their ranks of Communist spies and left-wing revolutionaries...