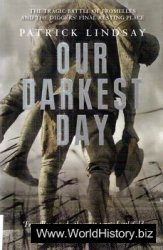 On July 19, 1916, in the northern French village of Fromelles, Australia suffered its worst-ever military defeat when a British officer ordered 15,000 of our best and bravest to go 'over the top' and attack the German lines. Eight hours later, more than 5,500 Diggers lay dead or wounded: the equivalent of all Australian casualties from the Boer, Korean, and Vietnam wars combined. The phenomenon of Fromelles has captured the hearts of Australians all over the country. The story of Australia's worst military disaster and the resulting international campaign to reclaim the lost soldiers of the Battle of Fromelles sparked national and international headlines, a military investigation and an archaeological dig to find the resting place of these missing soldiers. Lambis Engelzekios's tireless investigation and Patrick Lindsay's sensational resulting book Fromelles was the catalyst for much of this action. Fromelles has sold over 30,000 copies since publication, and now Hardie Grant presents the perfect version for fans of military history. An abridged version covering the battle itself, Our Darkest Day will intrigue military history fans who are keen to learn about this most infamous wartime battle.