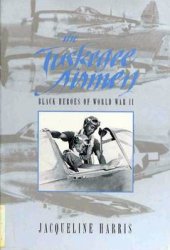 The Tuskegee Airmen tells the dramatic story of the pioneering African American aviators who battled prejudice at home to become fighter pilots during World War II. Focusing on the struggles and eventual glories of the 99th Fighter Squadron, the first African Americans to win their wings in what was then the Army Air Corps, it details their training near the famed Tuskegee Institute in Alabama, as well as their combat experiences in the North African and European theaters of war.