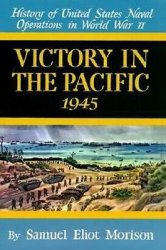 In this volume of his series. Admiral Samuel Eliot Morison describes the famous campaigns for the capture of Iwo Jima and Okinawa, in which he participated. The details of these operations are described vividly, even passionately, with nothing spared as to the grim consequences of the kamikaze suicide crashes by enemy planes on the radar picket destroyers and other ships.