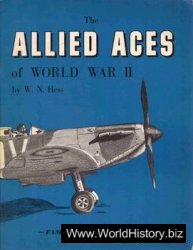 Fighter aces in World War II had tremendously varying kill scores, affected as they were by many factors: the pilot's skill level, the performance of the airplane he flew and those he flew against, how long he served, his opportunity to meet the enemy in the air (Allied to Axis disproportion), and the standards his air service brought to the awarding of victory credits.