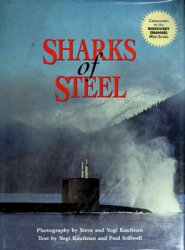 Spectacular color photographs and a lively text tell the story of the submarine in this companion volume to a four-part documentary television series produced by the Discovery Channel. Generally following the program's format, the book significantly amplifies the subject, both for longtime fans and for those whose interest in submarines has been piqued by recent events. The pictures and commentary provided here vividly capture the feel of being on board and underwater and offer a rare insider's view of the challenges, pressures, and excitement unique to submariners. Readers join a dangerous World War II patrol in the Pacific, a modern-day cruise to secret destinations, and an unprecedented tour of the world's largest submarine, a Russian "Typhoon," seen by few Westerners.