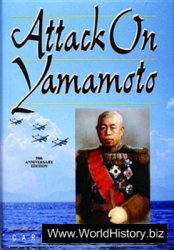 Here is the dramatic story of the American mission to shoot Japan's greatest admiral out of the sky, told by the award-winning author of The Doolittle Raid. America's code breakers intercepted a secret Japanese message: Adm. Isoroku Yamamoto—Commander in Chief of the Japanese Combined Fleet, the man who had masterminded the attack on Pearl Harborwould be flying to a Japanese base on Bougainville. In response, Maj. John W. Mitchell led a squadron of P-38 Lightning fighters on the longest fighter intercept mission in history, one that became a classic in the annals of the U.S. Air Force.