Major urban centers as well as smaller settlements. Most settlements were laid out on an irregular grid-oriented north-south and east-west. The use of cardinal directions for settlement planning began in the Early Harappan period and continued through the Late Harappan period. Massive perimeter walls were constructed of mud brick, sometimes faced with fired brick, or stone. Gateways located near the corners or in the middle of the city walls provided controlled access into the settlements. The city walls and gateways were regularly maintained and modified over time, indicating that they had an important function throughout the life of each settlement. This function may have changed over time, but they would have provided defense from attacks from enemies or bandit raids, they allowed for the control of trade, and they protected the city from flooding. While some smaller sites have evidence for localized fire and conflagration, there is no evidence that any major settlement was attacked or destroyed by warfare (Figures 4-6). 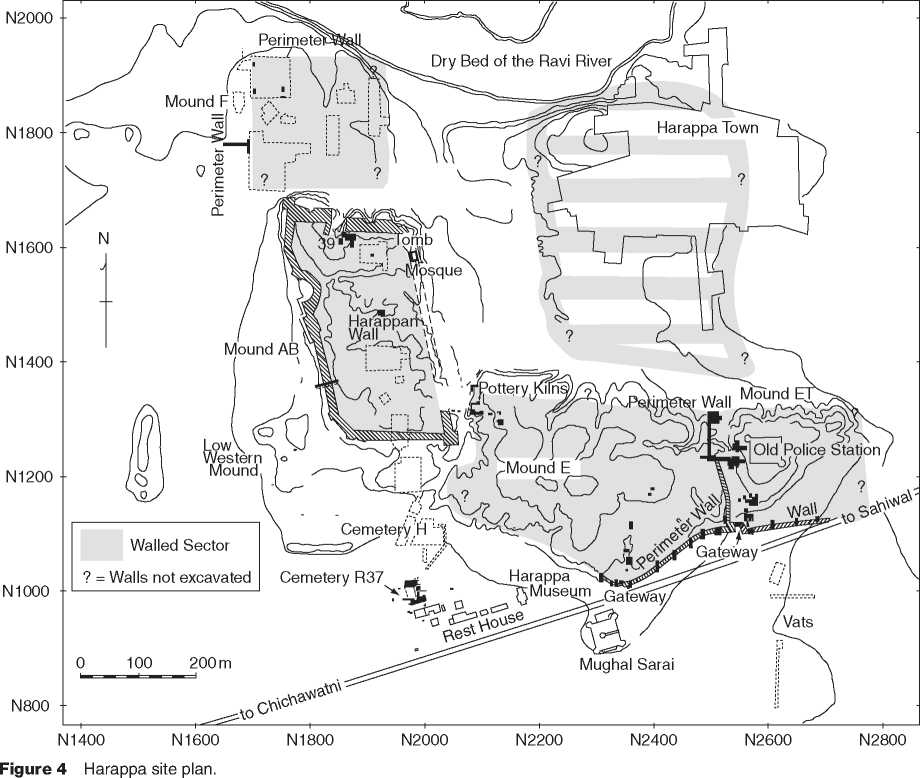 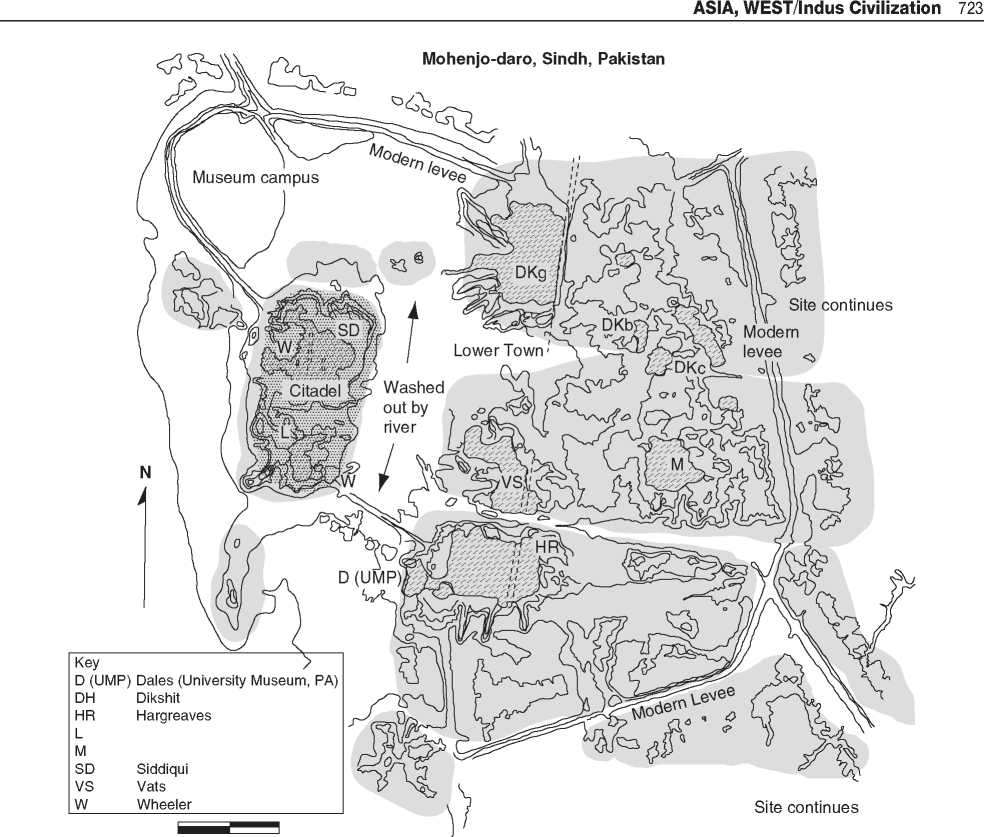 Within the settlements, streets and buildings were oriented on a north-south and east-west grid. The layout of streets and the placement of houses were often maintained for hundreds of years, either as the result of city ordinances or simply for functional purposes. Major north-south and east-west streets were between 4.5 and as much as 9 m wide allowing for two-way traffic using ox carts. Smaller streets were around 2-3 m wide, allowing only one-way cart traffic. Gateways were generally only 2.5 m wide that would allow only one-way cart traffic and more control of movement into and out of the city. Wide streets were constructed to allow ox carts carrying goods to access each major neighborhood and also to cross through the entire settlement. In Mesopotamian cities, the main streets went from the city gate to the temple or palace, but did not provide equal access to all parts of the settlement.

Fired brick-lined drains were located along the edges of the street, and some streets had large covered drains down the center of the street. Corbelled arches were used to carry drains under buildings or streets. The streets were not paved, but the accumulation of crushed pottery and nodules compacted by use resulted in hard surfaces similar to modern gravel roads. Large potholes and ox cart ruts were periodically filled with additional debris to level the streets out. Even with periodic maintenance, the accumulation of debris on the streets resulted in clogged drains that were eventually filled in and new streets and drains were built at a higher level to allow proper drainage. Streets in neighborhoods where there was less maintenance rose faster than the main streets, resulting in an uneven topography. Eventually, the highest parts of the cities were 18-20 m above the surrounding plain. 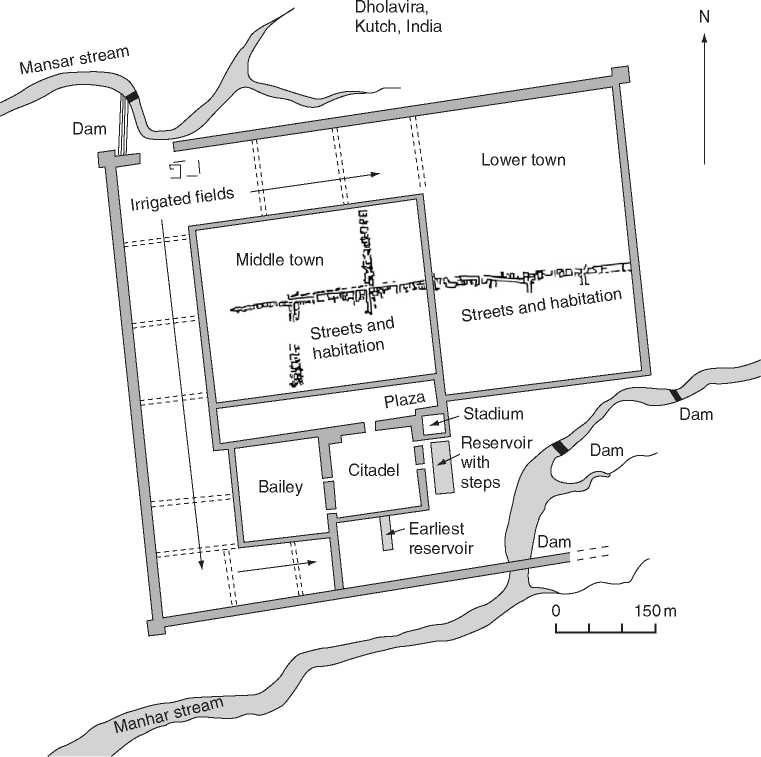