Although partitioned for the last 60 years, the geography, archaeology, and history of the Northwest Frontier and Kashmir present a distinct regional unit within South Asia. This is most clearly demonstrated by its geography, which is part of the great barrier defining the northern limits of the subcontinent. Formed by the Hindu Kush and Karakoram mountains, its foothills are dissected by a series of meandering valleys, whose deep-cutting rivers conjoin in vales before disgorging onto the fertile plains of the Punjab to the south (Figure 1).

Despite this unity, the region’s topography is diverse and ranges from eight peaks over 7500 m down to the alluvial plains of the Indus River less than 200 m above sea level. Corresponding diversity is found in its temperatures, where it can reach over 45 ° C in the southern plains, whilst in the northern valleys snow can remain on the ground for 9 months of the year.

Part of the catchment of the Indus, the Valleys of Swat, Chitral, Dir, Hunza, Gilgit, and Leh join the Indus system high in the mountains whilst foothills to the east feed the Jhelum, Chenab Ravi, Sutlej. Before opening onto the plains of the Punjab, a series of large vales are encountered, including Kashmir and Peshawar, the former with its well-known lakes. The southernmost areas of this study are the Bannu Basin, within the watershed of the Kurram River, and the western plains of the Indus until it meets Dera Ismail Khan and two regions with very different characters - Sindh and Baluchistan (see Asia, South: Baluchistan and the Borderlands) (Figures 2 and 3).

Bitterly contested by states with nuclear capability, this region has a patchwork of languages and religions, but its archaeological and historical context has been shaped by its stark physical features. However, this is not a marginal area but one of innovation, and although impassable for many months of the year, its valleys have facilitated the movement and exchange of goods, peoples, and ideas between southern Asia and the lands to its north, east, and west for millennia. 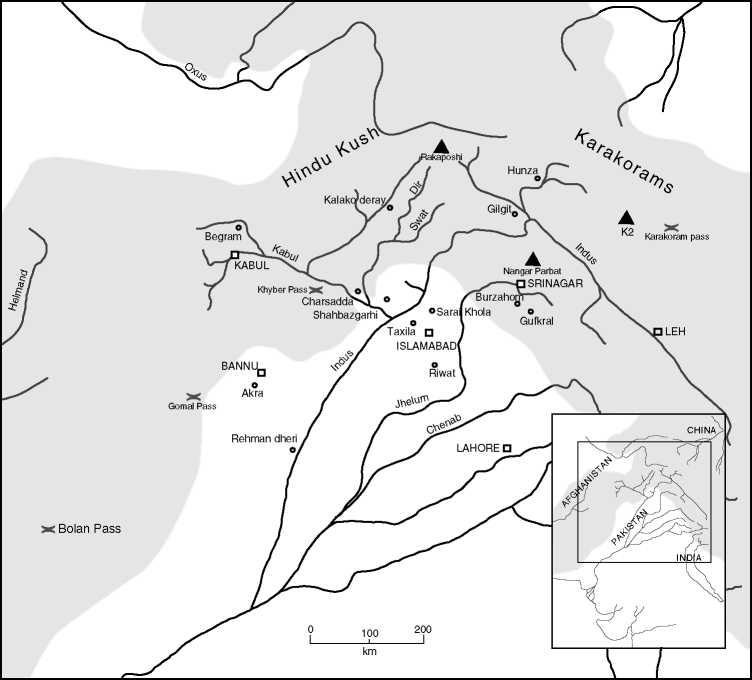 Figure 1 Map of the Northwest Frontier and Kashmir. 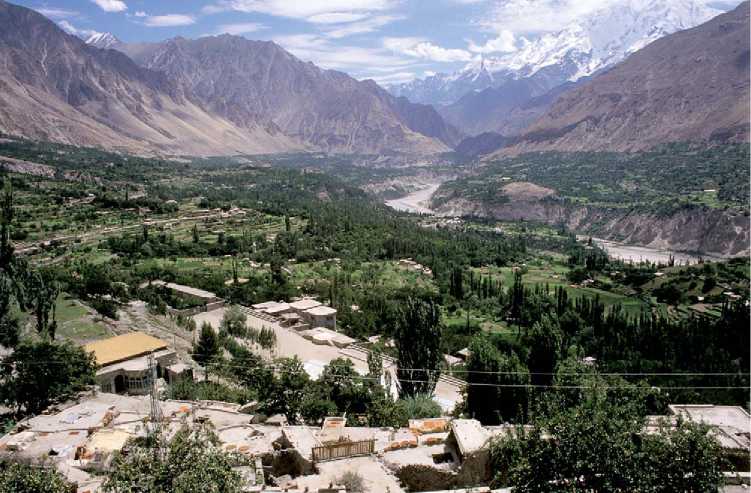 Figure 2 The Hunza Valley with Karakoram mountains beyond. 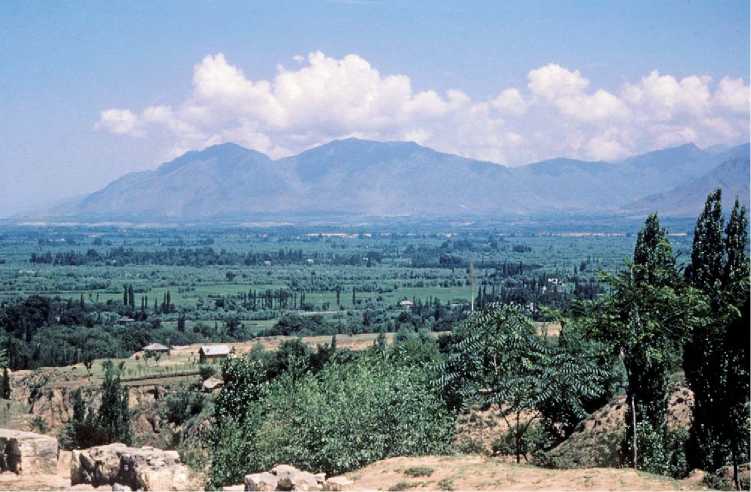 Despite the discovery of the early primates, Sivapithi-cus and Ramapithicus, in the strata of the northern mountains in the late nineteenth and eighteenth centuries, no remains of early hominids have been found in this region (Figure 4). These early discoveries led to the mission of De Terra and Paterson, a geologist and an archaeologist, who surveyed possible occupation sites in the 1930s. Although tasked with providing evidence of an Asian origin for humans, they concluded that early humans migrated from Africa. However, their findings have provided the foundations of our understanding of the earliest phases of South Asian prehistory.

New exploration and excavation in recent decades, particularly an analysis of the Soan Valley where De Terra and Paterson worked, have pushed back the established date for early human occupation in the

Region to 1.9 million years ago, and have necessitated the reformulation of many of the concepts regarding the character of the Asian Palaeolithic. Our evidence comes from two key areas, the Potwar Plateau, and the Valleys of Swat and Kashmir. Rather than representing the distribution of Palaeolithic occupation in the region, they reflect the most intensively examined areas (see Asia, South: Paleolithic Cultures).

The Palaeolithic occupation of the region is best known from the Potwar Plateau where the Soan River has cut a deep gorge into early strata and includes the earliest known human artifact in South Asia. The latter, a flaked quartzite pebble, was recovered from a gully close to the site of Riwat, where it was embedded in a conglomerate dating to 1.9 million years old. While there has been some debate over the authenticity of The find as well as questions regarding the lack of chronometric dates, this artifact is yet to be successfully refuted. Somewhat younger, hand-axes have been recovered from sites in the Jhelum river basin within securely dated geological deposits of 700-500 ka.

The most extensive corpus of Palaeolithic occupation comes from Riwat itself. Dated to 45 ka, excavations have revealed remains of a small stone-lined pit associated with a low wall-footing and lithic blades. A high proportion of the stones found at the site appear to be flakes, flaked cores, and blades; however, despite extensive excavation no evidence of animal bones, charcoal, burnt stones, or burnt clay was identified, leaving the excavators to suggest that the site was not an habitation site but a manufacturing site, possibly for skin working (Figure 5). 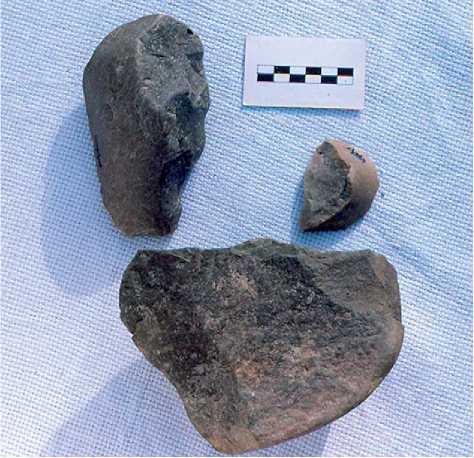 Elsewhere on the Potwar Plateau, manufacturing sites predominate in areas where water and raw materials are abundant. Scrapers, trimmed points, small cleavers, and axes dominate the assemblages, most of which are manufactured from quartzite. The dating of loess deposits immediately above these finds from the Soan River provides a terminus ante quem of between 20 and 60 ka.

Sanghao Cave, situated on a tributary of the Swat River in the Vale of Peshawar, has yielded 3 m of cultural deposits with a degree of continuity in occupation.

Excavated in the 1960s and poorly published, its scrapers, blade-flakes, tanged and triangular points, burins and small-hand ax have been loosely attributed to the Middle Palaeolithic. Again, quartzite predominates the assemblage, unsurprisingly as there is a source less than 100 m from the cave entrance. Occupation at the site is thought to have continued, although not continuously, until the Early Historic period. Further Palaeolithic tools have been identified in the Alakananda Valley near Garhwal in Kashmir. Quartzite is the most commonly utilized raw material, but there are also some isolated uses of jasper. Although difficult to date, it is likely that many of the hunters and prey depicted on boulders and rock shelters in Chilas and Hunza in the upper Indus and Dungri in the Vale of Kashmir relate to this period (Figure 6).