How much should science publishers charge for racism? 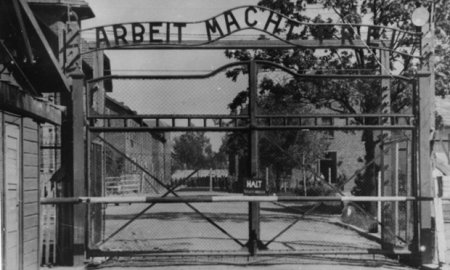 T
he other day I was arguing with someone about sex and class, as you do, and to find some actual facts I turned to Google Scholar. Results duly appeared and my eye was drawn to “Some Aspects of Lower Class Sexual Behavior”, a paper by a guy named Lee Rainwater that appeared in the Journal of Social Issues way back in 1966. Martin Luther King had just had his dream, Neil Armstrong had yet to plant his foot on the moon.

The paper’s working definition of the “lower classes” is “…racial and ethnic minorities, primitive peoples, Communists and others.” It talks about “naturalness” – which feels like a euphemism for “wildness” here – and “attitudes toward Negroes.” It addresses the prevailing wisdom that the lower classes, “are supposed to be gaining gratifications which more responsible middle class people give up or sharply limit to appropriate relationships (like marriage) and situations (like in bed and at night.)”

Out of morbid curiosity I carried on reading this paper, and then stopped because I ran out of paper to read. Everything after page one was hidden behind a pay-wall. If you want to find out more about the sexual behaviour of Communists and Negroes you have to pay money to Wiley. For a readable cloud-based copy that’s $15, and for a version you can print or save to your computer it’s $35.

This isn’t a one-off. Whether you’re a casual racist, a professional Nazi, or a bewildered Guardian blogger losing an argument on Facebook, science publishers have a wide range of material on sale to cater to your needs. A paper from the American Sociological Review examining the important role of religion in “inhibiting black militancy” is available from JSTOR for $14. For $11.95 the American Psychological Association will sell you a 1960 review of “Comparative psychological studies of Negroes and whites in the United States.” It tells us that, “In terms of [psychophysical, psychomotor, and intellectual] functions studies published between 1943-58 reveal a general superiority of whites in comparison with Negroes, though the differences are smaller among young children.”

Other groups come off just as badly, or even worse. This issue of racism in the history of science is one I’ve touched on before, writing about the (thankfully) lost field of eugenics. In that article I quoted a review of the 1926 first edition of the Annals of Eugenics, which among other things describes Jewish children as “inferior to [non-Jewish children] in the bulk of categories dealt with.” The reviewer remarks (approvingly):

The attitude of the editors upon the subject of race differences may be gathered from the following excerpt: “No more than there is equality between man and man of the same nation is there equality between race and race. Many races have hardly yet found their true place and function in the community of nations. Science will not flinch from the conclusion, if such be inevitable, that some of these races scarce serve in the modern world any other purpose than to provide material for the history of man.”

Ouch. I could go on and labour the point, but suffice it to say that if you go to Google Scholar and do a search for the right terms during the right periods of history, you will find a ton of racist pseudoscience, a big chunk of which is pay-walled by the major publishers.
Advertisement


Personally, I’m sort of glad this kind of material is available. It’s not pleasant reading, and it sits awkwardly alongside modern research on the major publishing sites; but there’s a kind of honesty in keeping it there. It would be easy to sweep them into some dusty archive and pretend that this stuff never happened. It would be easy to pretend that the Nazi worked in cultural isolation, when in fact the ideology that culminated in camps like Auschwitz was expressed in university departments throughout the West. Instead we’re forced to live with those mistakes, to confront them at random moments, and hopefully to learn something from them.

Then again, maybe I’d have a different view if I were black or Jewish. I can’t imagine how weird it must be, to be a geneticist from an ethnic minority working on a literature review, stumbling across papers in which the supervisors of your supervisors talk casually about the “low intelligence” and “filthy habits” of your people. As a white person, I enjoy the privilege of never having to deal with it.

Leaving the question of availability aside though, there’s the issue of price. Is it ethical for publishers to make money from an author who calls Jewish people “dirty? Amazon’s Love Film service dealt with a similar situation last year, in a row over old Tom and Jerry cartoons available for download that included pretty crude racial stereotypes. Their response was to leave them on sale, but provide a content warning about “ethnic and racial prejudices that were once commonplace in American society.” Would a similar system be practical in science, or are the creaking archives simply too chaotic and difficult to catalogue in such a way?

One of the quirks of the open access movement is that it only tends to talk about current, useful science. Few people are worried about ensuring open access to historical racism, but should they be? Are these papers aberrations to be consigned to the ash heap of history, or are they important records documenting the attitudes and beliefs that supported some of the most destructive ideologies of the 20th century? If so, who pays for them to be scanned and stored and catalogued and made available? Is it right for them to profit from it?

In truth it’s probably moot. I can’t imagine there are many – if any - people willing to pay $35 to find out about the sexual habits of Communists. Some of these papers have probably never been sold. They were bulk archived and scanned and uploaded and left to rest unread in digital peace. Now they just sit behind the glass for all time, artifacts from an alien civilisation, lost in a system that was never really meant for them.