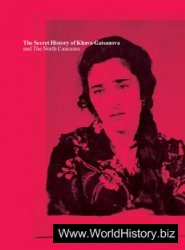 Khava Gaisanova lives in Chermen, a village in the heart of the North Caucasus. In 2007 her husband disappeared, like so many men in the North Caucasus disappear without a trace – kidnapped, arrested or simply executed and buried in anonymous graves. The unstable North Caucasus described in this book lies on the other side of the mountains from Sochi. In The Secret History of Khava Gaisanova, a grim picture unfolds of the region hosting the 2014 Winter Olympics.