The Road to Stalingrad 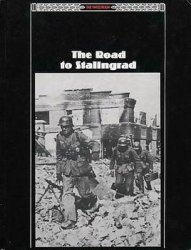 The Battle of Stalingrad (23 August 1942 – 2 February 1943) was a major battle of World War II in which Nazi Germany and its allies fought the Soviet Union for control of the city of Stalingrad (now Volgograd) in the south-western Soviet Union. Marked by constant close quarters combat and direct assaults on civilians by air raids, it is the single largest and bloodiest battle in the history of warfare. The heavy losses inflicted on the Wehrmacht make it arguably the most strategically decisive battle of the whole war. It was a turning point in the European theatre of World War II–the German forces never regained the initiative in the East and withdrew a vast military force from the West to replace their losses.